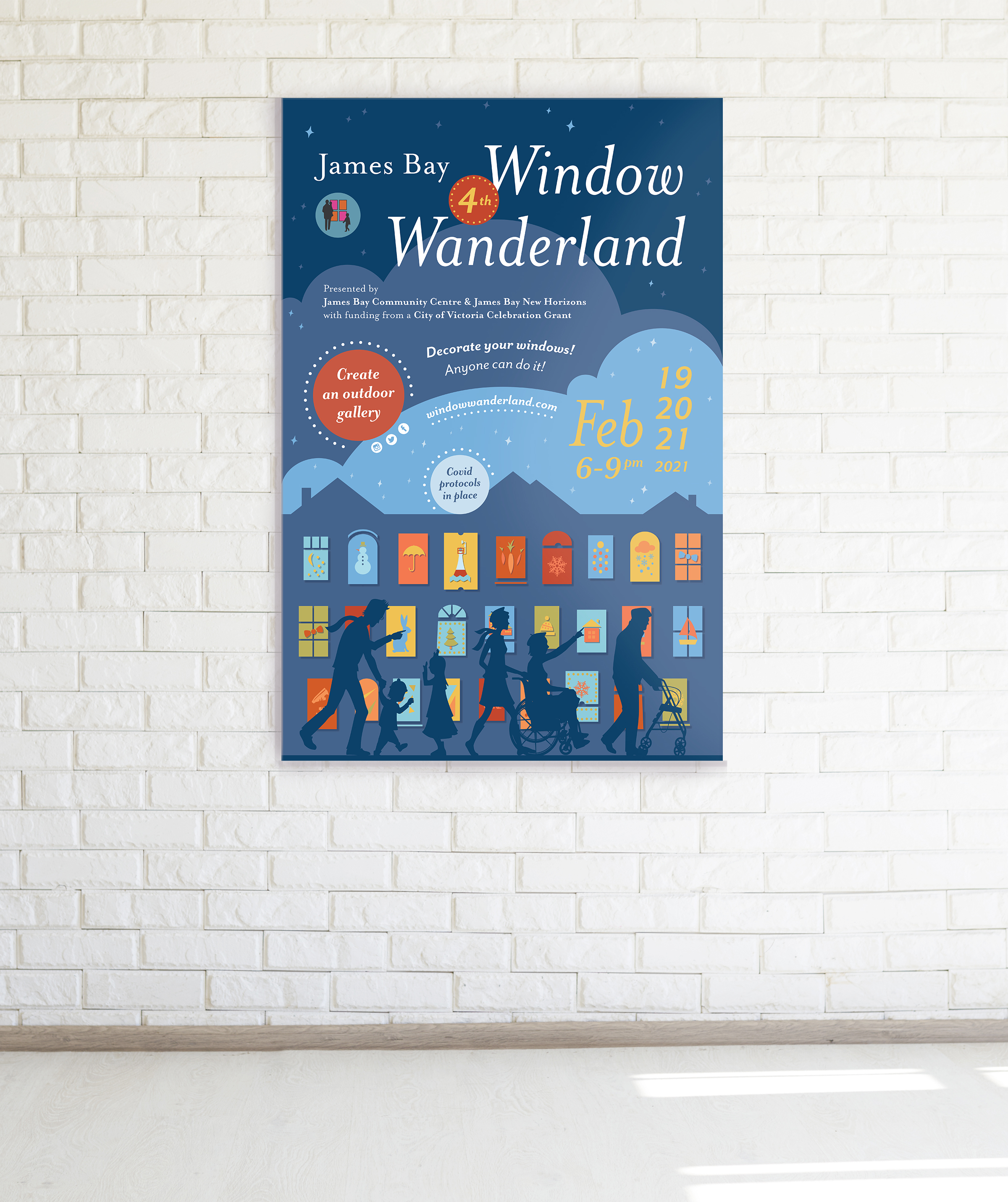 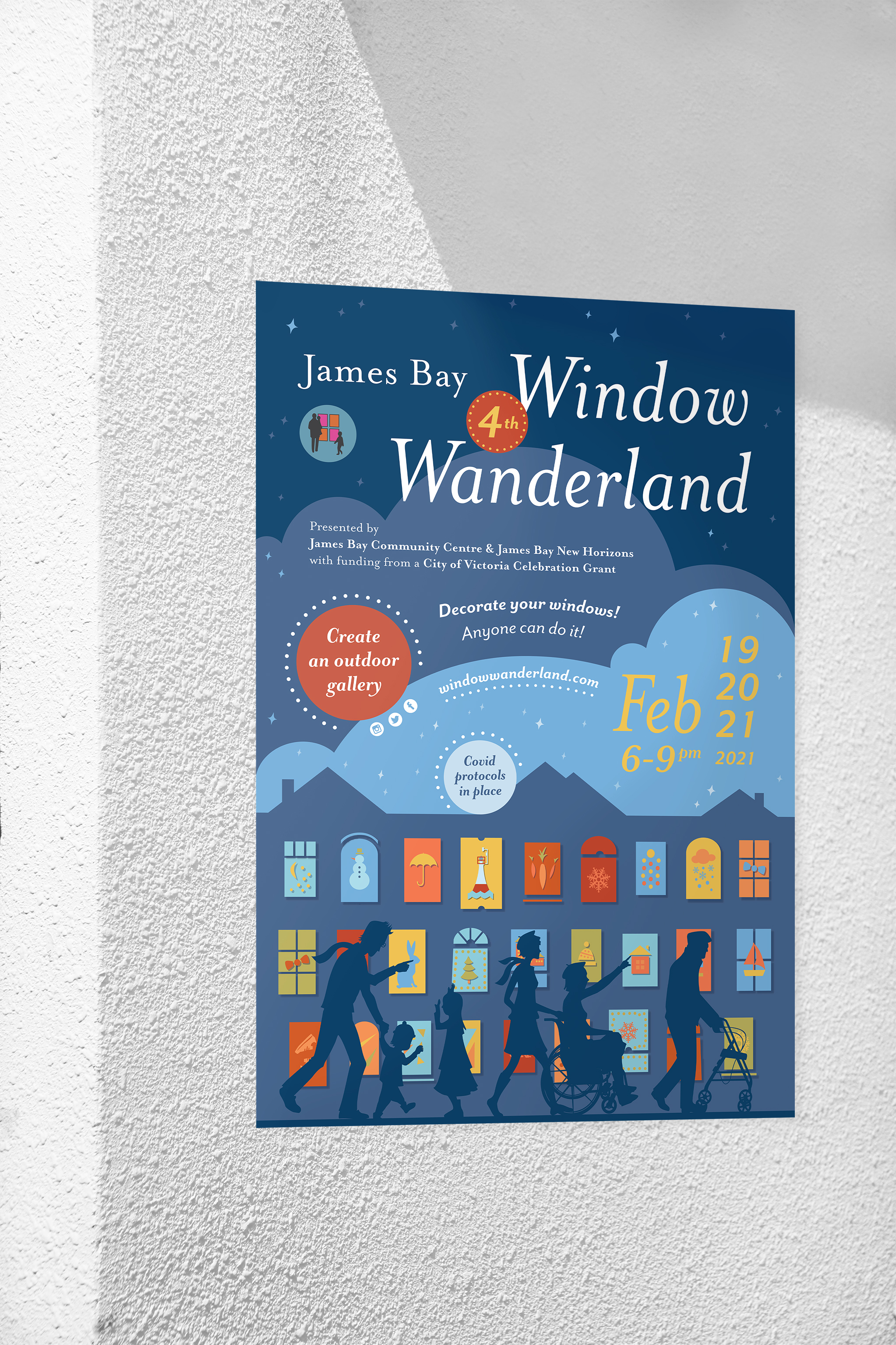 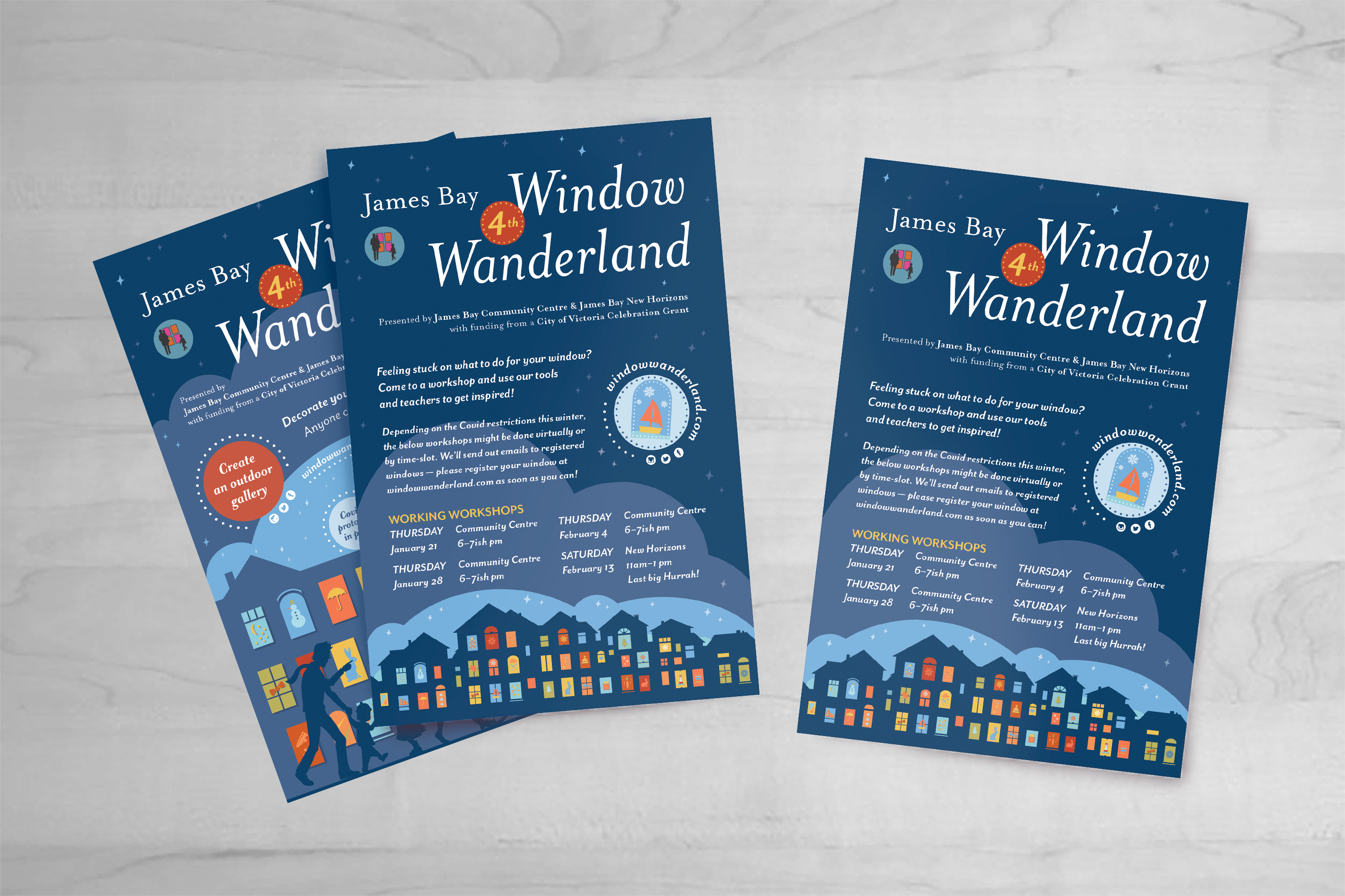 Window Wanderland is an annual event in its fourth year in the neighbourhood of James Bay in Victoria, Canada. It is an annual event for which community residents create handcrafted window displays and tour to admire those of their neighbours. The event was originally held in Bristol, UK where it continues to be supported online by a key group of organizers. It takes place locally in evening time near the end of winter. The designs are intended to speak to families and community residents inclusively.

Designs for the event describe the neighbourhood’s character, colouring and local curiosities. An animated family grouping features prominently depicting community members. In windows, nautical, wet wintry and garden decorations reflect the neighbourhood’s Pacific oceanside and harbourside location. Items include a local lighthouse, Ogden Point Lighthouse, a sailboat, an umbrella as well as snowflakes. These details, together with a large starry night sky, create a look of festiveness that invites viewers to imagine their own displays.